You are here: Home / Articles / Could Eco-Parks Be The Solution To The Growing Desert?

In today’s Middle East, the growing desert is claiming more and more land. This is partial due to the dry climate and scorching temperatures most of the countries are facing. But it’s also due to humans inefficient use of water resources, agriculture along with the growing populations.

According to UN estimations, one-third of the world’s land surface is at risk of being lost to the growing desert. This will mean food shortages for communities, poor water quality and scarcity, as well as a downsizing of agricultural sectors. In most Middle Eastern countries, agriculture is an important supplier off food resources. After the Arab spring and start of the civil war in Syria, some of the countries took in large amounts of refugees. This has put an extra strain on water and food resources of the already stretched supplies. 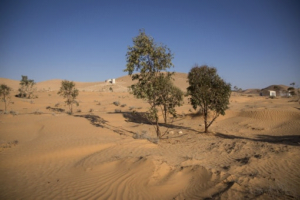 Some of the bigger contributions to desertification is overgrazing by animal stock. This is ultimately down to farmers lack of understanding of the importance of the green areas, and that livestocks should be moved frequently, in order to avoid soil erosion.

Another contributor is growing populations and urbanization. It’s hard to control people from reproducing, as it was seen in China, where families were only allowed one child. This lead to mass pregnancy terminations of female embryos, where today, there’s simply not enough women, so China is facing an aging population. Which has shown to affect the economy in negative ways.

So the growing population must be sustainably controlled within the borders, so the green areas surrounding won’t fall victim. 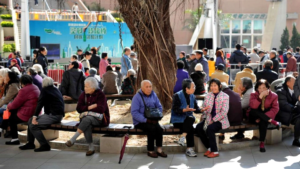 But before all this, education and awareness is due, in order to preserve the countries sectors. If desertification continues, farming will become next to impossible, simply because the earth has lost all its minerals and nutrients. Water quality would worsen, being that trees as well as plantation provides a fundamental treatment of groundwater.

A group of environmentalists from EcoPeace Middle East, saw the damages in Jordan due to a newly constructed dam. They took it upon themselves to rehabilitate the land. They started with 100 dunam which before 2004, was just a barren piece of land. But after six years, with some help from the government, who provided more land and fundings, the place transformed into a tree-filled ecological park, today known as Sharhabil Bin Hassneh EcoPark.

The eco-park has proved to be a solution for many issues. Today the park has many resources, such as oranges, lemons and even beehives among others. When they first started, they had to fence the area, because farmers and bedouins would let their livestock graze on the newly planted vegetation. But today, the park is working with the farmers and bedouins. They provided education on grazing, and gave them a chance to attend the beehives, and afterwards sell the honey for personal profit.

The park also provides education for schools as well as orphanages, where tours are being carried out around the park, educating the kids. For any sustainable solutions, education must play the biggest role. Especially in countries such as Jordan where the general population lacks environmental knowledge. The government can implement any policies they want, but if the general population don’t understand the fundamental reasons, it’s not going to be sustainable.

This park creates the perfect classroom. It’s outdoors, away from the city and its pollution. This is where creative minds are made, which can help create a better future.

Desertification is a worldwide problem, but with education and sustainable practices along with the advancements of technology, it can be turned around.