You are here: Home / Articles / Climate Change Could Flood The UAE’s Coastal Cities

The effects of the changing climate are slowing starting to show. The Earth’s mean surface temperature is rising and measures need to be taking to reverse it. Consequences are mass droughts in some places and flooding in others, long term forecast predicts that some of the UAE’s coastal cities could end up under water in coming decades.

It is actually predicted that by 2100, the coast of Dubai would see a sea level rise of 9 meters. As most of the residents live on man made islands, this could spell disaster.

So here are some things we could do to reverse it. First people must reduce the greenhouse gas emissions. Our atmosphere is made of carbon gases which help contain a good temperature for us on Earth. If all the gases would disappear, the atmosphere wouldn’t have a chance to catch the heat, and our planet would become way too cold. But when people burn fossil fuels, we emit too much carbon gas into the atmosphere, when this happens, our temperatures rise.

So the first solution is to reduce our carbon footprint, by relying more on renewable energy sources. Many nations have already started adapting to this way, and it has been around for a while now. Our job is simply to utilize it. Of course it’s not a change that can happen overnight, but with some investments and creative ideas it could be a turnover. 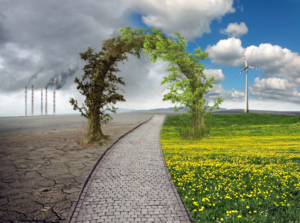 The Intergovernmental Panel of Climate Change (IPCCC) gathered scientists from around the world. Here they would discuss ideas as to how we could reduce our carbon footprint. An interesting idea was to recapture the carbon in our atmosphere and convert it to energy. This could pose as a quick solution, although much research is needed as to how it will be executed. However, some argue that this would only make the problem worse, as people would see no reason to change their fossil fuel ways, which is the complete opposite of what the results should be.

To compliment any renewable energy sources, trees and vegetation should be planted and restored. Trees absorbs much of our emissions and convert them to oxygen. So people’s long habit of cutting down trees for other uses or to mine the land for resources, has damaged our atmosphere more than we could have predicted.

Vegetation also helps to reduce the temperature of its surroundings. This was shown in Dubai, where the summer temperatures showed 10 degrees C cooler than the surrounding areas. This was an effect of the vegetation. 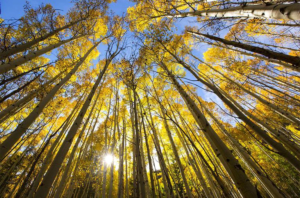 Cities such as Dubai and Abu Dhabi, whose carbon footprint is very large, could benefit from investing more money in plantations. If trees were planted along with energy efficiency, they could reverse the tidal floods of the future.

The future can look a lot brighter, as environmental education is starting to show more and more. This is where change happen. As the new generation comes around, with more awareness, and more ideas. But for now, we must think efficiently, how to keep our resources from running out while at the same time reducing our emissions.